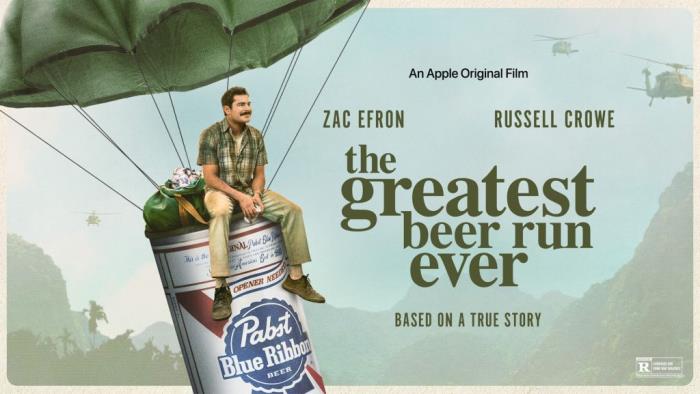 The end of September brings us a war drama based on a true story starring famous names, and the other day its first official trailer is presented.

It is the movie The Greatest Beer Run Ever by Oscar winner Peter Farrelly, which was based on the true story of a character who really ran through the Vietnam war zone to smuggle beer to American soldiers.

Zac Efron as Chickie Donohue, a man who was beaten at home by protests over the Vietnam war, so he decided to support the fighters in his own way – by taking beer to each of them. And he was really serious about that plan. This is actually a film about the upbringing of Efron's character who will go from a lazy boy from Boston, who did not realize the seriousness of war, to the very heart of struggle.

It was Pabst Blue Ribbon.

The Greatest Beer Run Ever is Farrelly's first feature film since the Green Book, and will first be presented at the Toronto International Film Festival where he hopes this true story will inspire much like his previous film. Farrelly wrote the screenplay with Brian Currie and Pete Jones based on The Greatest Beer Run Ever: A Memoir of Friendship, Loyalty and War by Joanne Molloy and the real-life John Chickie Donohue, whose book was a New York Times bestseller in 2020.

If you are interested in the details of John "Chickie" Donohue's adventures in Vietnam, check out this interesting video produced by Makuhari Media and Pabst Blue Ribbon in 2015.