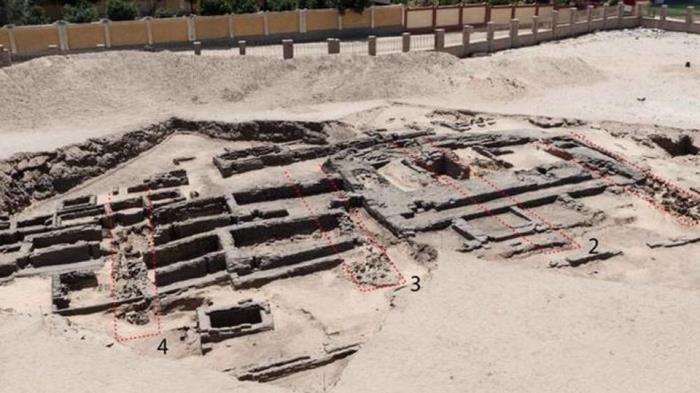 The brewery is believed to date from the time of King Narmer. It consists of eight large sectors of 20 m in length, 2.5 m in width and 0.4 m in depth, and is used as a beer unit. Each section contained about 40 earthen ponds arranged in two rows to heat a mixture of grain and water. Each basin is held in place by means of clay struts placed vertically in the form of rings. A brewery of this scale was capable of producing 22,4000 liters at once.

It was probably built on this site to supply the royal rituals that took place in the burial facilities of the first Egyptian kings. Evidence for the use of beer in sacrificial rituals was found during excavations at these facilities. Evidence of beer processing in ancient Egypt dates back to 3000 BC. Beer and bread were the most important wages in ancient Egypt before money appeared. 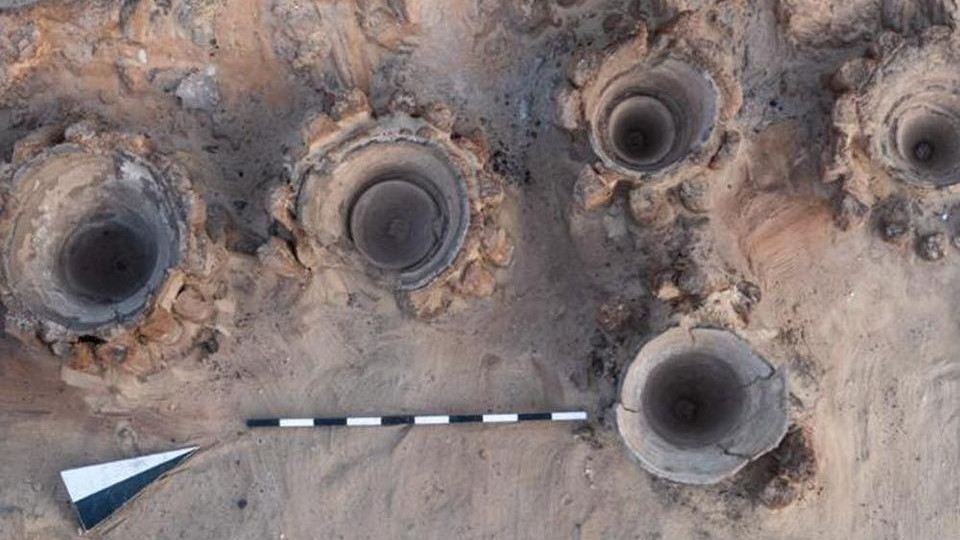 The beer was made from a variety of ingredients, such as barley, wheat, dates, and sometimes wheat, and the grains were pounded in a mortar with wooden hammers, then moistened with water, kneaded and shaped into irregularly shaped breads and baked halfway. These loaves are cut and sifted in a large pot, where they are mixed again, adding water or fresh water from the date marinade, and then finally leaving the dough to ferment and filter. The final product is filled in clay pots.

The ancient Egyptians drank beer at ceremonies, religious gatherings and funerals. Beer was also given as a gift mainly to the goddess Sekhmet. Beer was among the engraved offerings on the walls of the tombs; stages of cooking also appeared on the walls of tombs from the Old Kingdom.