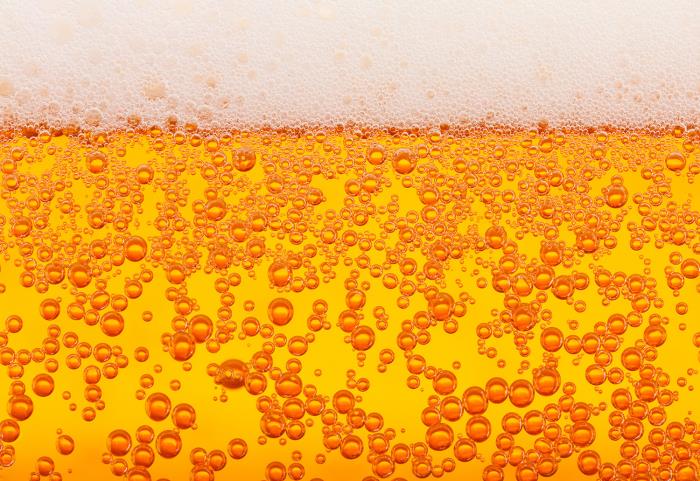 When your favorite liquid is poured into a half-liter glass, somewhere between 200,000 and 2 million bubbles emerge to the surface to create a foamy head.

This estimate was made by Gérard Liger-Belair and Clara Cilindre of the University of Reims Champagne-Ardenne in France, who calculated the number of tiny bubbles that form before the lager is goes flat.

Beer is one of the most popular alcoholic beverages around the world. Flavored lagers, which are especially popular, are produced by a cold fermentation process, converting sugars in sweetened grains into alcohol and carbon dioxide. During commercial packaging, more carbonation can be added to obtain the desired level of foaming. That’s why beer bottles and cans hiss when opened and release micrometer-wide bubbles when poured into a glass. These bubbles are important sensory elements of beer tasting, similar to sparkling wines, because they transmit compounds of taste and aroma. Carbonation can also tickle the nose of the drink. Gérard Liger-Belair has previously found that about a million bubbles form in a champagne flute, but scientists don’t know the number that beer creates and releases before it becomes flat. So Liger-Belair and Clara Cilindre wanted to find out.

The researchers first measured the amount of carbon dioxide dissolved in the commercial stock immediately after pouring it into the tilted glass, as a server would do to reduce surface foam. Researchers have estimated that between 200,000 and 2 million bubbles could be released before half a liter of lager drops. Surprisingly, defects in the glass will affect beer and champagne differently, with more bubbles forming in the beer compared to champagne when greater imperfections are present.

New York Will Allow Beer Without Food In Pubs