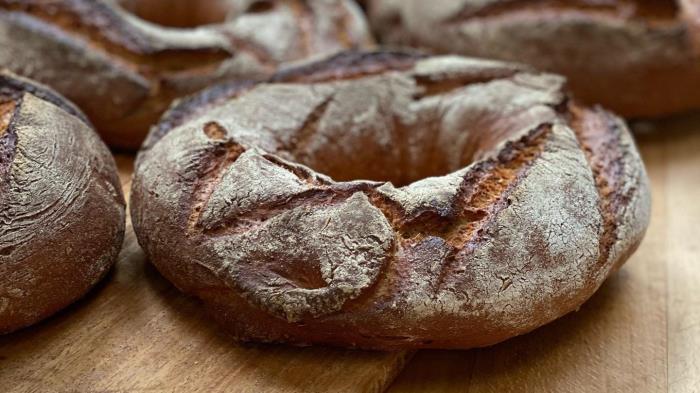 With restaurants and bars all closed due to pandemic restrictions, the Duesseldorf brewery found itself with 6,000 liters of "Altbier" beer unsold and nearing its expiration date.

But in these new and difficult times, some new solutions are emerging. Fuechschen Brewery has partnered with artisan bakers who already have experience with use of grain residues from the brewing process to produce “Treberbrot” kind of bread.

“It would be a shame to just throw out such a delicious beer,” said Peter Koenig, whose family has run the brewery since 1908.

“That’s when we came up with this idea to bake bread with beer, to omit water”

“That’s when we came up with this idea to bake bread with beer, to omit water,” he said. "I think it's great that these two craft industries have come together like this."

Approximately a dozen bakeries have been producing Treberbrot since the beginning of the week, giving an extra bonus to bottles of Fuechschen’s Altbier, a regional specialty, with each loaf.

“We had inquiries from all over Germany if we could mail it, which we are happy to do,” she said.

Beer sales in Germany have been hampered by locking measures that have kept restaurants and bars closed since early November, in addition to food.

This is a problem especially for a number of small German breweries, such as Fuechschen, which often rely heavily on the sale of draft beer that they cannot currently switch to.