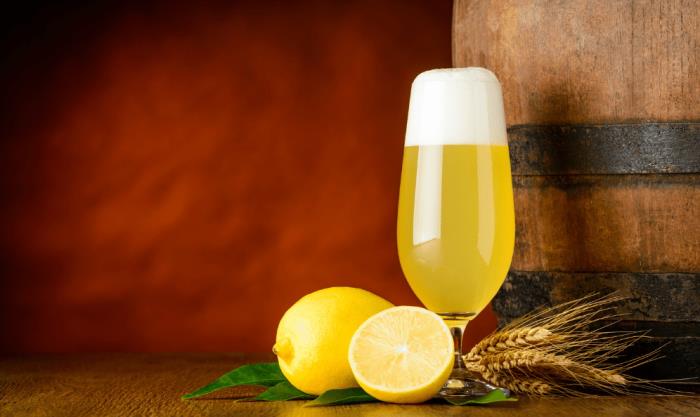 Shandy is beer or cider mixed with a lemon or a lemon-lime flavored beverage. The citrus beverage, often called lemonade, may or may not be carbonated. The proportions of the two ingredients are adjusted to taste but are usually half lemonade and half beer/cider. Shandies are popular in the UK, Europe, Australia, New Zealand, South Africa, and Canada.

In some countries, the low alcohol content of shandies exempts them from laws governing the sale of alcoholic beverages.

A traditional British shandy is a mixture of beer and lemon soda (like 7UP or Sprite), most commonly a 50/50 ratio. If you like more beer, you can add less soda and vice versa.

Radler is the name of drink that derives its name from the same word meaning cyclist in German. The story goes that a group of cyclists arrived at the Kugler-Arm Gasthof in Bavaria one hot day in 1922 to find that the owner didn't have enough beer to go around. The ingenious owner Franz Xaver Kugler mixed together half dark beer and half lemon soda and created a refreshing, low-alcohol drink that he named after the cyclists (Radler). The Radler drink grew in popularity and can now be purchased ready-made in cans.

While the term Radler has been widely attributed to Kugler, the combination of beer and soda is documented in texts dating from 1912. Nowadays, Radler is consumed not only in Bavaria, but also in all of Germany, Austria, Czech Republic, Hungary, Italy, Slovakia, Slovenia, Croatia, Serbia, Poland, Portugal, Netherlands, Norway, Bulgaria, United States, Canada, and Romania.

One of interesting German radlers is Schöfferhofer Grapefruit. Schöfferhofer is the first brewery to blend 50% Hefeweizen beer with 50% grapefruit juice, creating a truly unique and refreshing taste experience. All beers are the perfect casual brews to cool you off all year round, any time of day.