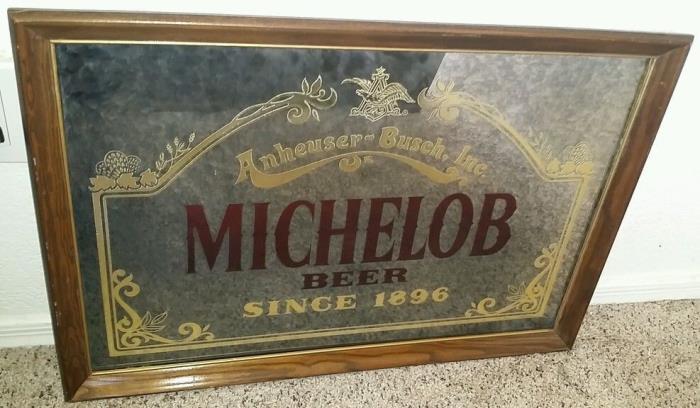 Michelob is one of the most famous brands from the portfolio of the largest American brewer, the Anheuser Busch company. However, few people know that this beer has Czech origin, and its name is the German version of the name of the village of Měcholupy in northern Bohemia.

Michelob is the Germanized version of the name Měcholupy. It is not known when the name of that village in the Žatec region (known for growing hops) became a brand of beer, but written sources confirm that a brewery existed there as early as 1623. The origin of the beer brand of the same name should be most likely connected with the epoch of the famous brewer Anton Dreher.

The famous Dreher family was at the top of the brewing industry of the Austro-Hungarian Monarchy since the end of the 18th century. The brewery in Měcholupy was bought by Anton in 1860, and under his management it progressed rapidly, thanks to a steam engine with a 120-bucket capacity, or roughly 68 hectoliters.

Měcholupy beer was sold under the name Michelob, both in the Czech Republic and abroad. Dreher also exported to the United States, and that export beer was aged and matured in barrels on the way to America. The German language had a lot of weight at that time, so the exporter also used the brand name Michelob in overseas regions.

And how did the North Czech beer brand end up in the portfolio of the American brewery Anheuser Busch? Brewing historians assume that Dreher formed a partnership with German-born Anheuser and his brother-in-law Busch, who brewed beer in St. Louis. It is likely that Anheuser distributed beer from Měcholupy in the USA, but already in 1896 it presented Michelob beer as its own brand. It is not known whether this happened with the consent of Anton Dreher.

To tell the truth, Michelob would never have reached such a success if it were not for the export to the USA and the cooperation with Anheuser Busch. After the flagship of the portfolio, Budweiser beer and the Bud Light brand, Michelob is the third brand in the brewery's assortment. The Michelob Ultra brand is advertised by the brewery as a beer for "connoisseurs".