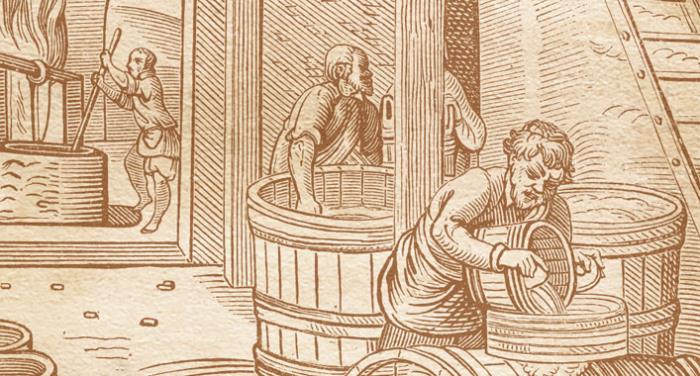 “I am a firm believer in the people. If given the truth, they can be depended upon to meet any national crisis. The great point is to bring them the real facts, and beer.”
― Abraham Lincoln

“Beer is made by men, wine by God.”
― Martin Luther

“Whoever drinks beer, he is quick to sleep; whoever sleeps long, does not sin; whoever does not sin, enters Heaven! Thus, let us drink beer!”
― Martin Luther

“Most people hate the taste of beer—to begin with. It is, however, a prejudice.”

“Give me a woman who loves beer and I will conquer the world.”

“Beer, if drunk in moderation, softens the temper, cheers the spirit and promotes health.”

“He was a wise man who invented beer.”

The word beer comes from ...