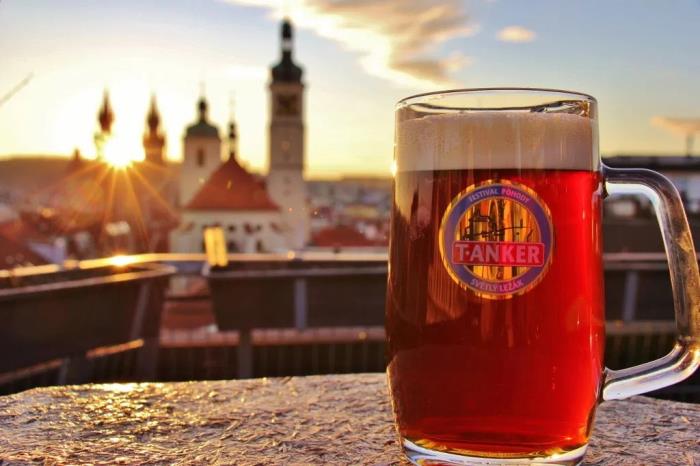 Last year was miserable in all aspects, and we know very well that she also heartlessly ravaged beer production. The consequences of the crisis are also felt by the largest beer power - the Czech Republic, where 20.1 million hectoliters of beer were brewed last year, which is 6.9 percent less than in the previous year. Consumption per capita also fell significantly.

Last year, each Czech drank 14 large beers less than a year before, and the average per capita consumption dropped to 135 liters, which is the lowest level of consumption since the 1960s. The cause for this situation should not be sought for long - "these are restrictions imposed by measures against the coronavirus epidemic, ie the related closure and restriction of catering facilities, both in the Czech Republic and abroad," representatives of the Czech Association of Beer and Malt Producers told the agency. ČTK, and transmitted by the portal Lidovky.cz

In 2019 beer production in the Czech Republic was a record, amounting to 21.6 million hectoliters. "As brewers, we have been monitoring the data since 1950. Personally, I have a lot of rich experience, but I have never experienced such a situation. I don't remember when pubs and restaurants were so bad" said the president of the association, František Šámal.

A quarter of last year's beer was drunk in catering facilities, which was significantly less than the year before, when a third of the total amount was drunk in catering. According to the records of the Alliance, 500 inns have put the key in the lock, and hundreds of other inns are expected to close this year. In addition to the closure of inns, the ban on alcohol consumption in public, as well as the cancellation of sports and cultural events, also has a negative impact. "The least the state can do now is open the terraces. This will not worsen the situation with the spread of coronavirus, and it can save many pubs. People have to hang out" said Martina Ferencová, the association's executive director.

The least the state can do now is open the terraces. This will not worsen the situation with the spread of coronavirus, and it can save many pubs. People have to hang out.

Last year, less other alcoholic beverages were drunk in the Czech Republic. According to the Union of Distilled Beverage Producers, sales of spirits fell by 4.3 percent. In hotels, cafes and restaurants, the demand for spirits fell by as much as 43 percent. Among the reasons for this situation is the reduced number of tourists and foreign workers.