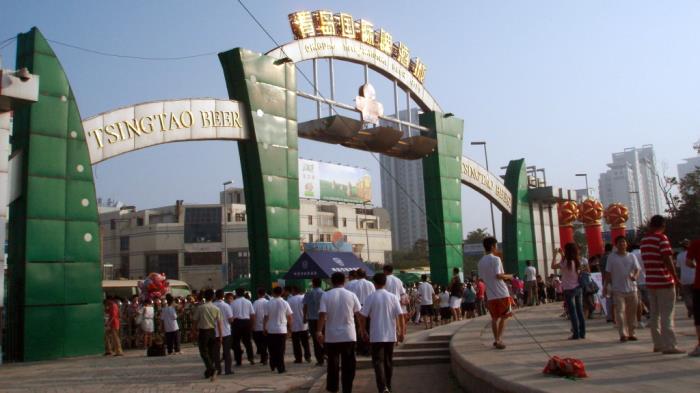 There is no (more) fear of coronavirus in China, so they decided to organize a big beer festival, the Chinese Oktoberfest. If the Germans don't, the Chinese will. When it doesn’t want Bavarian Munich, it wants Shandon Qingdao, a city of over nine million residents in northeastern China, where it expects hundreds of thousands of visitors.

The coronavirus pandemic in China appears to be well under control. The first to benefit from the new situation is the eastern Chinese city of Qingdao, where the country's largest beer festival has begun. The festival will run until August 23, and organizers expect it, as every year, to attract thousands of visitors.

Organizers like to call the festival the "Chinese Oktoberfest", although the numbers are far from those of Munich, where the original Oktoberfest is held, canceled this year due to the corona pandemic, which brings together six million or more beer drinkers from around the world.

This year, special rules apply at the festival in Qingdao - visitors must wear a protective mask at the entrance to the festival space, their body temperature is measured at the entrance and personal data is entered. Employees must be tested for coronavirus every week.

The announced measures did not discourage potential visitors at all, according to Chinese media, which report on huge interest and predict that the attendance of the festival will be higher than in previous years.

China has not had large numbers of COVID-19 patients for months. But recently, new local hotspots have emerged in various parts of the country, to which they are reacting promptly with harsh measures.