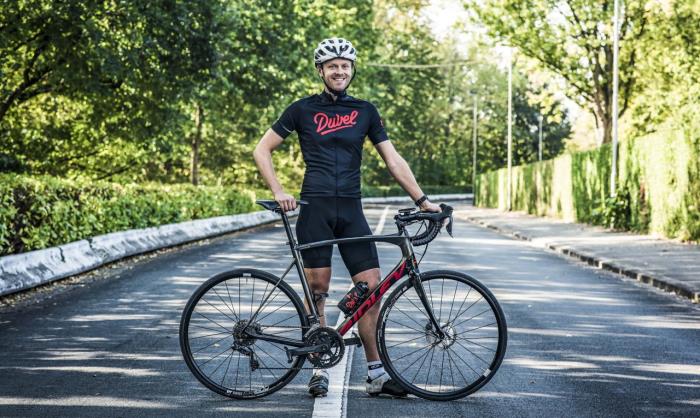 A beer-loving cyclist from Belgium, Bavo Deneckere, has completed a 172 miles ride in the shape of a beer glass with the logo of his favourite beer brand, Duvel.

The brewery was impressed with Bavo's efforts that it tracked him down at home with a delivery of its famous product. Belgian bike brand Ridley also got in on the act and gave him a new bike.

Antwerp cyclist Deneckere needed two attempts to get it right after he suffered multiple tire punctures on his first ride.

However, when he tried it again for the second time last Saturday he got the job done perfectly; mapping the glass complete with the Duvel logo over 172 miles and sharing it on Strava. He even used a series of side roads to put a foam on the beer. His ride took 11 hours and 49 minutes moving time during the 15-hour trip at an average speed of 14.6 mph.

"I was a fan and will always remain"

"I was a fan and will always remain" Deneckere told his reason for picking a Duvel glass to map out.

"Duvel also has a very recognisable glass and logo, so this certainly seemed feasible for cycling a beautiful and recognisable drawing." 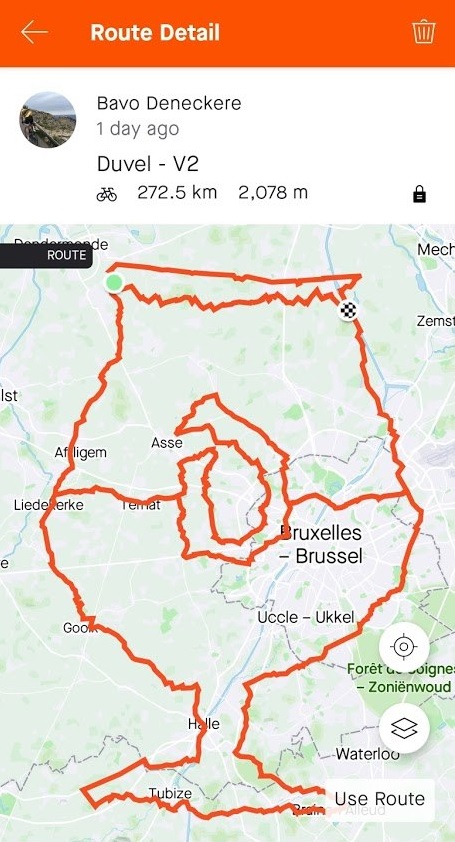 After his Strava art gained attention online and in the media in Belgium Duvel arrived at his home with a delivery of beer and various other goodies including a cycling jersey, bidon and cap, not to mention six of the same beer glasses he had mapped.

Belgian bike brand Ridley, which is based in Flanders, also threw in a new bike for him when it heard about his unusual quest.