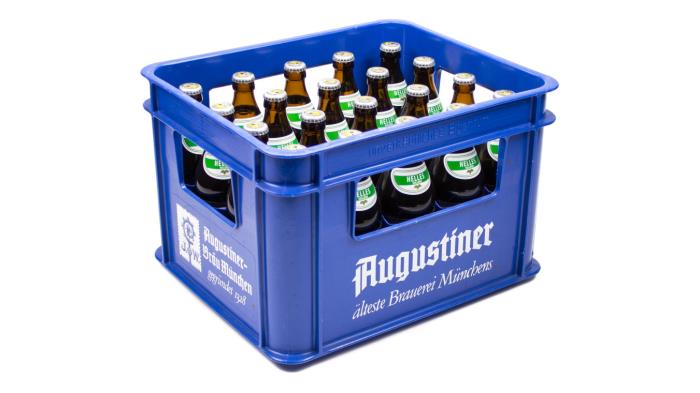 The Germans say Getränkekiste, or Kasten, in Switzerland and eastern Germany, in the former GDR, there is a guild term Harass, in Bavaria it is called Tragl. The English use the terms crate and carrier. The Czechs literally say přepravka and colloquially basa or bedna, or bedýnka ...

In April 1911, the Czech guild magazine Kvas wrote about a complete innovation, which was placed on the market by the Viennese company J. A. John. It was an iron basket, which contained thirty bottles of beer, and which "unlike the previous wooden crates was far more resistant, did not require any repairs, and the crates were easily stacked on top of each other, and easily kept clean. "

Thus, the first crates were made of wood and were of various sizes and shapes, and when the iron crate appeared a century ago, its real life and rapid development began. Iron was quickly replaced by light aluminum, and today it is produced exclusively from plastic, adapted for transport and stacking to unimaginable heights. There are even competitions in it, so we also noticed that in 1997, a certain Petr Taksa assembled a chimney of 44 crates, 12.1 meters high, at an international festival in Pelhřimov, Czech Republic, thus setting an unbeaten record.