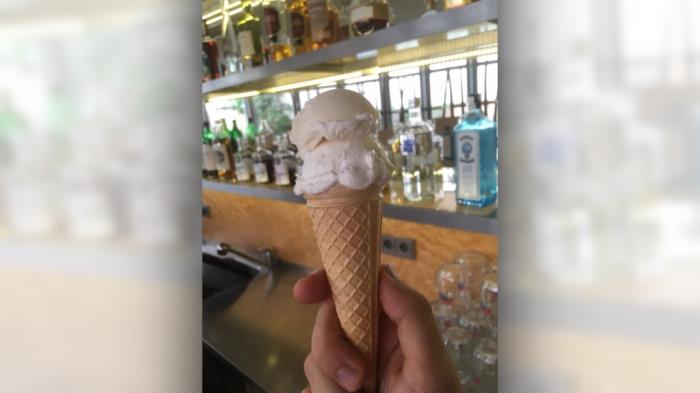 In this heat, it is no wonder that there is an ice cream craze. And what if you wanted to freshen up with ice cream and not give up beer? And there is a solution for that - the Czech craft brewery Frankies from Břeclav offers ice cream. In collaboration with the confectionery U Krpálků, they made ice cream with the taste of hop and with the taste of their Frank APA beer.

The co-owner of the brewery, Štěpán Přikryl, says that people still come to them primarily for beer, but as a curiosity they also taste ice cream, and announces that ice cream will certainly be on offer next year as well.

Of the two types of ice cream, one is not for children, it is of course the one with the taste of Frank APA beer, while the hop-flavored ice cream, which contains hops that the brewery adds to its beers, has no alcohol. "It tastes like hop juice, which we also produce," says Přikryl, adding that the ice creams also differ in color - the hop-flavored one is light, lemon-like, and the APA-flavored one is darker.