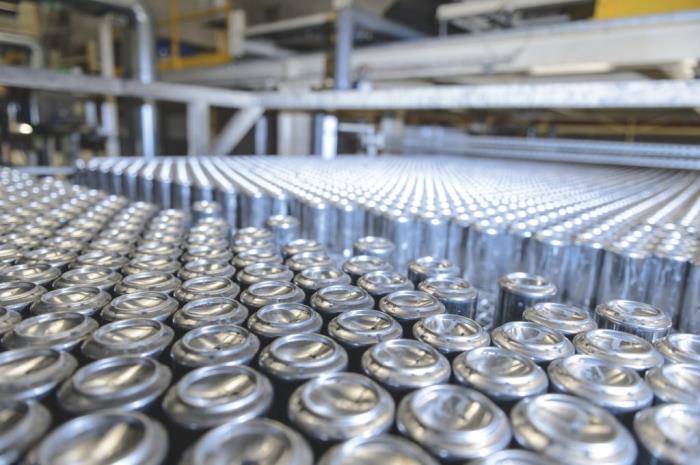 The price of aluminum on the London Stock Exchange is constantly above the level it held before the coronavirus pandemic. Metal producers had big problems with the price of energy, and then came the Russian invasion of Ukraine, which made the situation even worse, and all this also affects breweries, which began to massively use aluminum cans as a cheaper and easier alternative to glass. Now breweries are stockpiling packaging.

CraftHaus Brewery, a small brewery in the US state of Nevada, has thousands of empty aluminum cans in its warehouse, ready to be filled. The reason for creating a large stock is unstable aluminum prices and a threatening shortage.

"Until the cans are filled with beer and sent to the retail chain, they don't make any profit,"

"Until the cans are filled with beer and sent to the retail chain, they don't make any profit," says brewery co-founder Wyndee Forrest, explaining that stockpiling cans is a necessary evil. Currently, the brewery has a supply of cans for three months, as insurance, in case the suppliers do not deliver the required amount of cans on time. Previously, they had one month's worth of cans in stock.

The prices of aluminum packaging rose by some 18 percent, and they were unpleasantly surprised by the drastic increase in the cost of transportation. The brewery used to order cans from California, but after shocking increase in transportation costs, they decided to go with a closer supplier.

On the other hand, metal producers justify the new situation with the problems they faced during the epidemic, when workers had to stay at home, and demand dropped significantly. "As soon as the pandemic measures began to be eased, sales skyrocketed," said Uday Patel, a researcher at Wood Mackenzie, a metals specialist. This situation resulted in the depletion of aluminum in warehouses. The scarcity of the metal means that those who have stockpiles can now make extra profits. The war in Ukraine also contributed to the rise in aluminum prices. "Many European aluminum buyers have certain moral principles and refuse, as much as possible, to buy Russian aluminum," says Patel.

In addition to all that, the world aluminum producer Alcoa recently decided to close its plant in Spain precisely because of excessive energy costs. The production of aluminum was also reduced by the French branch of American Industrial Partners, as well as by the Slovak producer majority-owned by Norsk Hydro.