🍺 Beer Mug And 🍻 Clinking Beer Mugs Are The Only Beer Emojis 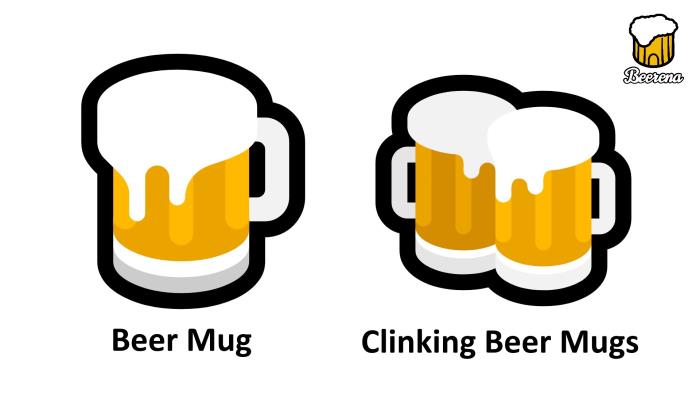 A beer, as a golden-colored lager, in a frosty mug. Depicted with a frothy head spilling over the brim.

Two frosty mugs of beer with frothy heads being clinked together, as done at a celebratory or convivial toast (“Cheers!”). Several platforms include stylized lines to mark the clinking.

🍺 Beer Mug And 🍻 Clinking Beer Mugs Are The Only Beer Emojis

The word beer comes from ...